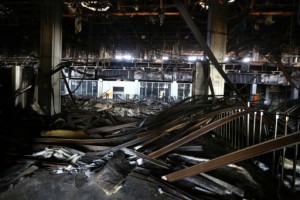 “An armed group carried out an attack this morning on the prison located on the Mitiga air base, to try to free the detainees,” the airport security official said, adding that eight attackers also died.

An AFP journalist who was at the airport at the time heard an explosion followed by gunfire. IS later claimed the attack on Twitter.