You are here: Home / Africa / At least 8 killed in U.S. airstrikes in S. Somalia 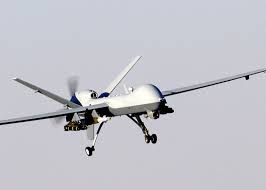 At least eight people have been killed in U.S. airstrikes in the past two days in southern Somalia, witnesses say.

They said the airstrikes on Monday and Tuesday took place in Al-Shabaab-controlled Yontoy neighborhood, some 25 km north of the port town of Kismayo in Lower Juba region.

“Five of the dead were Al-Shabaab militants, and three were civilians including a woman,” a local resident said.

The Pentagon confirmed the airstrikes carried out by unmanned aircraft, saying they targeted those who posed imminent threat to U.S. personnel.

So far it is not clear whether there were Al-Shabaab commanders among the five killed. And there has been no comment from the Islamist group.

The joint forces of the African Union (AU) and the Somali government have also carried out airstrikes in southern Somalia in the recent past, killing more than 50 militants late last month.

Al-Shabaab has recently increased their attacks against AU and Somali troops in the southern Lower Shabelle region after losing several towns once under its control, mostly for a short time.