You are here: Home / Senza categoria / At least 1,150 killed in 60 Islamic State attacks in 20 countries 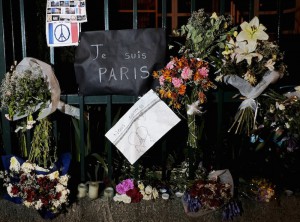 ISIS has morphed from a scourge affecting Iraq and Syria to a threat to people around the world, CNN News reports. Since declaring its caliphate in June 2014, the self-proclaimed Islamic State has conducted or inspired over 60 terrorist attacks in 20 countries that have killed at least 1,150 people and injured more than 1,700 others.

One San Bernardino killer pledged allegiance to the ISIS leader, investigators say. And ISIS hailed the attackers as “martyrs” and “supporters.”

It can be difficult at times to divine the precise role that international terrorists play in this or that attack. The person who killed four U.S. Marines and a sailor in Chattanooga, Tennessee, in July 2015, for example, was “motivated by foreign terrorist organization propaganda,” FBI Director James Comey says, though he added that it’s hard to say which terrorist group motivated the killer.

Yet one thing is clear: The deadly tentacles of ISIS have spread quickly, from the terrorist group’s epicenter in parts of Iraq and Syria to points around the globe, CNN says.