You are here: Home / Africa / At least 10 beheaded in Islamist Mozambique attack 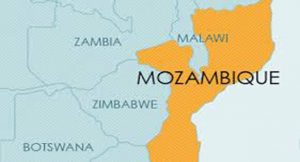 At least 10 people were beheaded in an attack in northern Mozambique over the weekend in an area where previous Islamist attacks have been reported, state Radio Mocambique said according to reuters.com.

Police in the capital Maputo could not immediately give details of the attack in a village near the town of Palma, close to Mozambique’s border with Tanzania and near one of the world’s biggest untapped offshore gas fields.

“Unknown persons killed by decapitation at least 10 people in recent days in the administrative post of Olumbi, Palma district, in the north of Cabo Delgado province,” Radio Mocambique said in a brief report.

The radio station did not provide any further details on the attack. Portuguese news agency Lusa, quoting national broadcaster TVM, said two children were among those beheaded but this could not be independently verified.

Local media have reported a series of attacks carried out by Islamists since October last year, when police stations were attacked in the north, a predominantly Muslim region.

Mozambique has not been a focal point of Islamist militant activity in the past and police have been reluctant to ascribe the attacks to Islamists.

Muslims make up about 18 percent of Mozambique’s population. Roman Catholics form the largest single religious grouping, with about 30 percent of its 30 million people.

The gas project is located in the Rovuma basin off the northern coast of Mozambique, an area where oil firms are exploring. Experts say the reserves are enough to supply energy to Britain, France, Germany and Italy for over 20 years.