You are here: Home / FakeNews / Assessing the year ahead 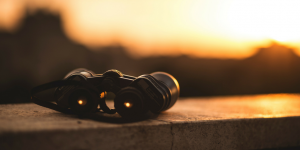 As a new year commences, the last year is summed up and predictions for the future are being made by security services and national authorities. During the last couple of years we have seen an increased awareness of and concern about the threat of disinformation and influence operations, like reported by euvsdisinfo.eu.

In December 2016 it was Sweden, through the Head of the Swedish Military Intelligence and Security Service, that highlighted Russia as the main source of cyberattacks and influence operations. Shortly before that, the head of the German domestic intelligence agency went public about disinformation campaigns and cyberattacks directed from Russia.

In December 2017, the Danish defence intelligence service Forsvarets Efterretningstjeneste (FE) presented its risk assessment, containing the main threats to Denmark in their view. The top three risk areas were listed as cyberattacks, Russia and terrorism – in that order. The report points out that Russia uses influence campaigns to leverage internal political affairs in Western countries in order to create the best possible prerequisites for Russia to reach its foreign policy goals; and that it therefore remains a significant security policy challenge for the West and for Denmark.

However, Russia was also highlighted as a main threat to Denmark as a cyber actor, as the report points out that Russia remains a leading and highly active player in the cyber area. As stated in the report, the Russian state has a comprehensive capacity to perform cyber spying and destructive cyberattacks that can support Russia’s strategic and security policy interests as well as the country’s military operations. Russia uses significant efforts to promote its interests in the West, and also uses cyberattacks this purpose.

Furthermore, the British Intelligence and Security Committee of Parliament published its 122-page annual report last month. The report mentions terrorism, the cyber threat and hostile state activities among other threats. Russia is highlighted as a threat both in its cyber capacity and in a wider range of influence operations, as it has been for the last decade.

A remarkable detail in the report, as described by Bellingcat, is the fact that the report reveals how a British Secret Intelligence Service (SIS) source describes that “we know beyond any reasonable doubt that the Russian military supplied and subsequently recovered the missile launcher [after] the shooting down of MH-17.” Although evidence suggesting this has been presented, Western governments have so far been reluctant to name the Russian military as the providers of the weapon used to shoot down the civilian flight MH17.

For further reading on the MH17 tragedy, see Bellingcat , the Joint Investigation Team and our reporting on the issue.

For further reading concerning assessments and warnings from Governments and state agencies, have a look at our reading list under the section Warnings and official reactions.