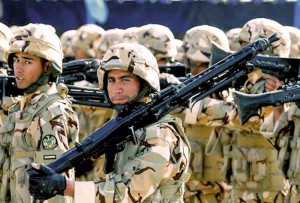 Hundreds of Iranian troops arrived in Syria with weapons to take part in ground operations in rebel-held areas of northern Syria, and Lebanon’s ally Hezbollah is preparing to join the operation, Lebanese sources told Reuters on Thursday.
The ground operation together with the Syrian army would accompany air strikes mounted by the Russian air force, the sources who were briefed on the matter said. “The (Russian) air strikes will in the near future be accompanied by ground advance by the Syrian army and its allies,” one of the sources said.
The sources said the operation is aimed at recapturing territory lost by President Bashar al-Assad to rebels.