You are here: Home / Europe / Assad could be ready to work with rebel groups that are willing to fight Islamic State 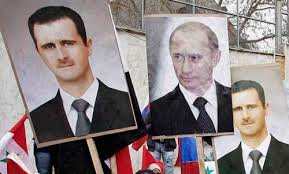 Putin said he had asked President Bashar al-Assad how he would view such a force during his surprise visit to Moscow on Tuesday.

“He answered: ‘Positively’,” Putin said at the Valdai discussion forum with foreign dignitaries in Sochi, southern Russia, the BBC has reported.

“We are contemplating this and will try to implement it,” he added.

He called for Kurdish groups to join forces with the Syrian and Iraqi governments against IS.

However, opposition forces fighting on the ground in Syria have consistently demanded President Assad step down as a condition for negotiations on a political solution to the crisis.