You are here: Home / MidEastGulf / As Yemen’s war intensifies, an opening for al-Qaeda to resurrect its fortunes 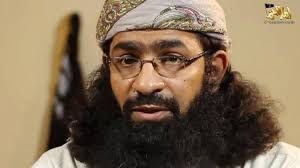 The death last month of the leader of al-Qaeda’s Yemen branch in a U.S. drone strike has dealt a blow to the group’s ambitions, but Western officials and analysts warn that a recent escalation in Yemen’s conflict could allow it to regroup to some extent, like reported by washingtonpost.com.

“An ideological hardcore of AQAP will always remain,” said Elisabeth Kendall, a Yemen scholar at Oxford University, using the acronym for al-Qaeda in the Arabian Peninsula, as the Yemen affiliate is called. “AQAP has made strong comebacks before, reuniting its scattered fragments into an ideological whole again. This is no time for complacency.”

In a 16-minute audio message over the weekend, AQAP confirmed of the death of its leader Qasim al-Rimi. The group also announced its new leader, Khalid Batarfi, a poetry-reciting veteran al-Qaeda operative often shown in videos offering religious guidance on good parenting and other subjects.

Over the past decade, al-Qaeda has bounced back a few times, regaining territory and recruits by taking advantage of security vacuums arising from the conflicts among Yemen’s myriad warring factions. Now, after a relative lull in the war, fighting is intensifying in at least four provinces, including in or near areas where both al-Qaeda and the Islamic State have a presence or support from local tribes.

Yemen’s 5-year-old war pits northern Shiite Muslim rebels known as Houthis against a coalition of U.S.-backed Sunni Muslim nations, led by Saudi Arabia and the United Arab Emirates, which are seeking to restore the country’s internationally recognized government. The coalition is also trying to prevent Iran, which is aligned with the Houthis, from extending its regional influence.

Saudi Arabia and the Houthis have recently engaged in their most significant efforts yet to end the war, including prisoner exchanges and a Saudi decision to permit medical evacuation flights from the Yemeni capital, Sanaa. For more than three months, Saudi Arabia had reduced its airstrikes, and the Houthis had halted missile and drone assaults on the kingdom.

But the clashes that resumed last month have prompted top United Nations officials to warn that peace efforts could implode, especially those centering on the strategic port city of Hodeida. The officials say this would worsen a humanitarian crisis already described as the most severe in the world.

In Yemen today, much of the heavy fighting has taken place in the provinces of Sanaa, Al-Jawf, Marib and Saada, according to U.N. officials. AQAP is active in Al-Jawf and Marib, and has tribal loyalists and sympathizers in all four provinces, according to Yemeni tribal leaders, U.N. officials and analysts. Al-Rimi was killed in the Wadi Abedah area of Marib province.

In Bayda province, which neighbors Marib, AQAP and the Islamic State are in a deadly contest for territory, recruits and influence. Clashes and ambushes occur frequently, while the groups are waging a propaganda war on social media forums and Internet chat rooms.

AQAP, for years, was considered by U.S. officials as al-Qaeda’s most dangerous branch. It was behind some of the most audacious assaults against the West. It tried unsuccessfully to blow up a U.S.-bound airliner over Detroit on Christmas Day 2009, and it claimed responsibility for the deadly 2015 shootings at the satirical Charlie Hebdo newspaper in Paris.

AQAP seized large swaths of southern Yemen in the wake of the 2011 Arab Spring revolts that toppled longtime autocrat Ali Abdullah Saleh. Taking advantage of the civil war that broke out in late 2014, that eventually drew in the Saudi-led coalition in 2015, AQAP gained territory and recruits and deepened its influence and networks among local tribes.

The Islamic State’s branch also emerged out of the political chaos. Today, the group numbers around a few hundred fighters and has waged a guerrilla insurgency in the south, dispatching suicide bombers against Yemeni government soldiers and officials.

U.S. airstrikes, which began under the Obama administration and has continued under President Trump, targeted AQAP leaders and Islamic State militants. In 2015, a U.S. drone strike killed then-AQAP leader, Nasir al-Wuhayshi, who was al-Rimi’s predecessor. In October 2019, Trump declared that the group’s main bombmaker was killed in a drone strike.

“When we heard the news that Qasim al-Rimi was killed we felt relieved,” said Hamad Wuhait, a tribal leader in Marib. “AQAP is a threat to our community in Yemen and we Yemenis have been combating terrorism and AQAP.”

Still, by the time al-Rimi was killed, AQAP had already been weakened by a loss of leaders and skilled militants, as well as by clashes with the Islamic State and the Houthis, according to analysts. The group’s capability of carrying out attacks against the West had diminished.

“AQAP has really focused most of its efforts on sustaining a toehold inside Yemen, attacking the Houthis and UAE-backed forces while running pared-down media operations focused on the outside world encouraging lone-wolf attacks,” said Peter Salisbury, senior Yemen analyst for the International Crisis Group. “It hasn’t posed the kind of threat to the West it did a decade ago in a number of years.”

Within the group, al-Rimi was a divisive figure who didn’t command the same kind of respect and prestige as his predecessor, analysts said.

“The impact is limited, simply because AQAP was already fragmenting,” said Kendall, referring to al-Rimi’s death. “The evidence suggests that AQAP’s breakaway fragments are increasingly transitioning from holy warriors into guns-for-hire.”

In Bayda, a flurry of AQAP militants have defected to the Islamic State, while others have joined militias and criminal gangs or joined government-backed forces, analysts said.
“ISIS now looks to have the advantage over AQAP in al-Bayda,” Kendall said, referring to the Islamic State by its acronym.

The question now, according to analysts, is whether AQAP’s new leader, Batarfi, can resurrect the group’s fortunes. He once escaped from a Yemeni prison — like both his predecessors — and is a former head of AQAP’s external operations, suggesting the group could refocus again on targeting the West, analysts said.

In appointing a religious figure, the group could also be turning to a more ideological focus, perhaps to gain recruits and credibility. Yet that could alienate AQAP fighters who wanted a military commander or more pragmatic leader in charge.

“It will be interesting to see if this leads to further fragmentation within the group,” tweeted Gregory Johnsen, a former U.N. investigator and author of “The Last Refuge: Yemen, al-Qaeda, and America’s War in Arabia.”

There are troubling signs that the conflict could intensify, lessening pressure on AQAP as they seek to regroup under Batarfi.

On Friday, Saudi Arabia said it had intercepted missiles fired by the Houthis targeting several Saudi cities, two days after the Pentagon accused Iran of funneling a new type of antiaircraft missile to the Houthis. The rebels have also been deploying increasingly lethal drones, with more powerful engines and explosive payloads, according to a report released last week from Conflict Armament Research, a Britain-based group that tracks weapons in conflict areas.