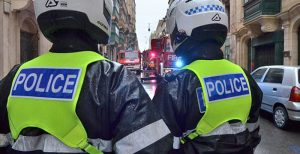 The Swedish government has prepared to hand out booklets advising citizens what to do in cases of war or terror attacks as the chief of the Swedish security service Säpo warns that the terror threat level remains heightened, like reported by breitbart.com.

The Swedish government has announced that for the first time in decades it will be handing out a booklet entitled If War Comes to 4.7 million households to prepare citizens for terror attacks or a war, Aftonbladet reports.

The booklet, which was first printed during the Second World War in 1943, is making a comeback in order to revive Sweden’s civil defence which has been largely neglected since the 1990s.

Swedish Civil Protection and Preparedness Agency spokesman Christina Andersson, who is one of the people working on the booklet, said: “There are a number of concepts linked to warfare and military attacks that we have not communicated to people for many years. It is a challenge.”

Andersson said the new booklet is much different from the one released during the 1940s, saying: “Then the focus was only on war, today society is totally different. There is a much more complex threat picture of climate change, terrorist attacks, pandemics, and information impact. People need to learn more and know how to handle it.”

The booklet comes out just as Säpo chief Anders Thornberg warned that the threat of terrorism has not decreased since last year’s Stockholm terror attack in which five people were killed and 14 injured by 39-year-old failed asylum seeker Rakhmat Akilov.

Thornberg said the Säpo “remains on a continued increased threat for the coming year. This means there is a risk of a terrorist attack.”

Last year, Swedish authorities said the number of violent Islamic extremists numbered at least 2,000. An increase of 10 times the number from less than a decade before.

Islamic extremists remain the biggest terror threat according to Thornberg who added that far-right and far-left terrorism was also possible.