You are here: Home / West Asia / As many as 10 Indian youths fighting for IS, anti-terror officials reveal 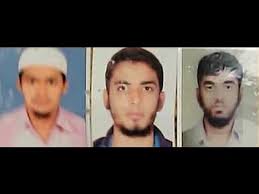 As many as 10 Indian youths are currently engaged in the Islamic State (ISIS) “war” in Syria/Iraq, according to an assessment shared by India with Australia at a meeting of their joint working group on counter-terrorism here on Thursday.

The figure of 10 Indians now with ISIS is higher than the assessment put forth at a meeting of chief secretaries and police chiefs of 12 states convened by the Union home ministry here earlier this month. At this meeting, called to discuss the ISIS’ appeal among a section of Indian youth and ways to counter it, the participants were told that 13 Indians had joined ISIS so far. Of this, seven were believed to be located in ISIS territory, while six had been killed.

Incidentally, unlike India where ISIS has had limited success in drawing the young into its ranks, Australia has witnessed a notable outflow of its youth to jihadi theatres controlled by the outfit. As many as 150 young Australians have travelled to Iraq/Syria to fight alongside the ISIS. Of these, around 30 have come back while 60 are believed to be fighting for ISIS. Australia also perceives a threat to its citizens travelling to countries like Indonesia, where ISIS had picked up many recruits, as tourists.
Australia, during the session on counter-terrorism at the joint working group meeting on Thursday, shared with India its efforts to counter ISIS influence among its youth. This includes prevention by counseling young Muslims against getting drawn into jihadi ideology; discouraging travel of citizens to jihadi theatres by means such as seizing of passports; strengthening legal processes; taking stern action against radicalized elements who indulge in terror acts; and tracking the youth who have returned from ISIS territory, besides making a conscious effort to integrate them into the mainstream.
India, on its part, has also devised a counter-radicalization strategy to fight the ISIS’ growing appeal among a section of young Muslim.
This involves counseling the vulnerable youth and their families, and countering ISIS’ advocacy of violent extremism by propagating “moderate” interpretations of Islam.

During the counter-terror talks with Australia, India is said to have raised Pakistan’s continuing terror activities against India and its failure to dismantle the terror infrastructure on its soil. Senior officials of the ministry of external affairs are said to have shared how terror outfits active in the Af-Pak region

were now taking up legitimate business such as leather goods exports, travel agencies, flour mills etc, to camouflage their operations and funding. ISI is controlling most of the terror outfits, particularly LeT.

The joint working group also discussed international presence of Sikh radical groups, particularly their attempts to “take over” gurudwaras in US, UK, Germany and Canada, all having a notable Sikh diaspora. India is said to have raised the emerging nexus between radical Sikh outfits and jihadi groups.