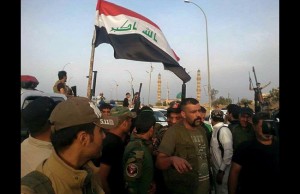 An Iraqi official says that more than 2,000 families have fled from their homes amid fierce clashes between ISIS militants and Iraqi forces near the capital of Anbar province, wrote DailyStar.

The Sunni militants’ push on Ramadi comes after ISIS was dealt a major blow earlier this month, when Iraqi troops routed them from Tikrit, Saddam Hussein’s hometown.

Sattar Nowruz, from the Ministry of Migration and Displaced, said Thursday that those who fled Ramadi are in a “difficult situation” and have settled in southern and western Baghdad suburbs.

He says tents, food and other aid is being sent to them.

On Wednesday, ISIS launched an offensive, capturing three villages near Ramadi in what has become one of the group’s most significant threats so far to Anbar’s capital.