You are here: Home / Senza categoria / As ISIS prepares its terror resurrection, watch out for drone ‘swarms’ 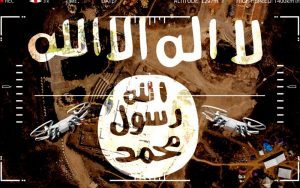 The terrorists have new toys, and they’re letting the world know. As Iraqi troops backed by U.S. warplanes and special forces keep pushing into Mosul, the so-called Islamic State is fighting back with its own air force: commercially available drones carrying small explosive payloads, like reported by thedailybeast.com.

The “asymmetry” in firepower is so enormous that, at first glance, it seems almost ludicrous. But the concern of counterterror experts is not that one drone carrying one little grenade can do much damage. It’s that multiple drones hitting simultaneously can be used to disrupt and demoralize the enemies of ISIS, and not only on the battlefield, but in the cities of Europe, and perhaps even in the United States.

Georgetown University’s Bruce Hoffmann, author of Inside Terrorism, sketches a very grim scenario: “Picture Paris on November 13, 2015”—the night when people were slaughtered at a rock concert and in sidewalk cafés—“with drone attacks superimposed on top of it. Authorities would have been completely overwhelmed. This elevates our greatest fear, which is simultaneous urban attacks—now with swarming on top of them.”

On the battlefield, multiple coordinated drone attacks by ISIS already are happening. CBS News reported from the front in Mosul on Saturday that U.S.-backed Iraqi government operations to retake the western part of the city are being disrupted by “swarms of three to five” commercial quad copters modified to carry small grenades or artillery shells.

ISIS boasts about its new weapon, publishing photographs of its recruits in a classroom studying drones. The young men look like they’re there for vocational training, but the vocation is jihad. ISIS has also posted live-action videos taken by its little birds hovering over targets, then dropping explosives with surprising accuracy, including down the hatch of an armored car.

But in the context of urban terror such as Hoffman describes, the use of drones to harass and distract is especially problematic. As a detailed investigative report by the independent research site Bellingcat notes, drones give ISIS the ability to transform the battle space from 2D to 3D as it can drop one or more small bombs “without warning and with surprising accuracy” wherever it chooses.

In one ISIS video, as Bellingcat reports, “We see that a drone strike was used to distract soldiers on the ground from the greater danger of the approaching SVBIED [suicide truck bomb] which detonates with deadly effect.”

“The history of terrorism,” says Hoffman, “is that weapons used on the battlefield move into the civilian theater.”

As recently as October, all this seemed a hypothetical danger. An excellent paper (PDF) by Don Rassler for the Combating Terrorism Center at West Point noted that “use of a small group of drones, or a swarm of drones guided by autonomous features, has the potential to up the ante in terms of an attack’s lethality, its psychological impact and its complexity.”

At that point, in October last year, such an operation had “not yet been observed.” Now it has been. And the threat is developing quickly.

“In the past month things have really changed in terms of the armed consumer drones,” says Dan Gettinger, co-director of the Center for the Study of the Drone at Bard College. ISIS “has come out with a slew of videos, mainly around Mosul.” The danger they pose, he says, is more psychological than physical, but of course that is the nature of terror.

“The messaging cannot be ignored,” says Gettinger. “From the beginning it was evident that drones played heavily in [ISIS]’s messaging strategy.”

Mia Bloom of the Minerva Research Initiative, which monitors ISIS activity on encrypted media such as Telegram and on the dark web, notes that the ISIS department of media has a special drone unit using aerial images to create very slick videos of suicide bombings. It’s no longer just a photograph, a testimonial and a name, she says. They will follow the car along, heading toward its targets marked post-production with red dots, until it blows up.

“The more they are losing the more they are going to feel the urgency of the need to project their power and demonstrate their relevance,” says Bloom. The suicide videos and efforts to carry out terror attacks in the West are all part of that. So is the airborne threat.

One of the most horrific terror attacks of the last few weeks was in Istanbul late on New Year’s Eve at the Reina Nightclub on the Bosporus. Thirty-nine people were killed by a lone shooter—but one who was well-prepared, well-armed, and well-managed. A single gunman, but not a “lone wolf” at all.

Indeed, Abdulgadir Masharipov, eventually arrested for the atrocity, could be a paradigm for one type of terrorist ISIS is likely to deploy: the trained killer—the “sleeper” just waiting to be activated. And although he did not use them, in the searches that lead to his arrest, two commercial drones were discovered in one of the places he had stayed.

There is little question that ISIS plans to continue fighting whenever, wherever, and however it can, even when, as seems inevitable, it is pushed out of Mosul and its Syrian capital, Raqqa. “We don’t know what form ISIS will take when it is defeated,” says Claude Moniquet, one of Belgium’s leading authorities on terrorism. “What we do know is that they have prepared to be defeated—and go underground.” ISIS was crushed in 2007 in Iraq. But then it regrouped, reestablished itself in Syria and came back with a vengeance. “They have extraordinary resistance.”

As Mia Bloom points out, the communications on ISIS-linked sites appear to be laying the groundwork for a global offensive, “a war of attacking and reposition,” as ISIS boasts.

The propaganda notes, for instance, that ISIS was driven out of the city of Kobane in 2014, but there is nothing left of it: “So congratulations to you, O Pentagon, on this ‘victory.’ Congratulations to the Crusaders on piles of rocks in Kobane…”

As the territory controlled by ISIS in Syria and Iraq continues to shrink, the organization makes clear it intends to broaden its horizons. The ISIS strategy to pursue this long war in months and years to come will depend on its ability to reestablish bases among jihadis in other parts of the world, from the Boko Haram battlefields of northeastern Nigeria to the chaotic shores of Libya, Egypt’s desolate Sinai, the mountains of Afghanistan, and the jungles of the southern Philippines—all places where ISIS has tried to recruit loyal followers and build networks.

But ISIS does not intend to stop there. “We want Paris by Allah’s permission before Rome and before Spain, after we blacken your lives and destroy the White House, the Big Ben, and the Eiffel Tower—by Allah’s permission… We want Kabul, Karachi, the Caucasus, Qom, Riyadh, and Tehran. We want Baghdad, Damascus, Jerusalem, Cairo, Sanaa, Doha, Abu Dhabi, and Amman. The Muslims will return to mastership and leadership in every place.”

To that end, it already is keeping up a constant drumbeat of propaganda hoping to recruit disaffected Muslims and even non-Muslims in Europe and the United States. According to Bloom, ISIS has even been tagging some of its postings with #BLM for Black Lives Matter. President Donald Trump’s anti-Muslim rhetoric and clumsy, clearly discriminatory policies, meanwhile, have given ISIS a great propaganda bonus.

As Brian Jenkins of the Rand Corporation has pointed on numerous occasions, the danger that ISIS poses to the United States is less one of infiltration than of inspiration. But its activities in Europe and especially in Turkey over the last couple of years give a good idea how it operates.

Ahmet Yayla, a former counterterror officer with the Turkish police who is now a professor at George Mason University in Virginia, points out the conspicuous division of labor in the ISIS attacks carried out in Turkey. On the one hand, local recruits are used for suicide bombings, which require relatively little skill. On the other hand, attacks that include a military-style assault are the work of battle-hardened jihadists who usually come from abroad—then remain in place in Turkey, inactive and apparently innocuous, until they strike.

The Reina Nightclub attack fit the latter profile. According to Yayla, the killer entered Turkey legally and lived quietly for about a year with his wife and children in a provincial city until he was activated about 10 days before the New Year’s Eve attack. He moved to an apartment in Istanbul, where arms were delivered to his door by the ISIS underground network.

The attack originally was supposed to take place in Istanbul’s equivalent of Times Square, but Masharipov contacted his handler in Syria over the Telegram app and told him there were too many police and soldiers there, so the venue was moved to the Reina Nightclub, where he easily killed the one policeman standing guard and coolly proceeded to slaughter dozens of people.

The November 13, 2015, terror attack in Paris was carried out by a combination of similarly trained killers wielding guns and a few recruits who were only supposed to blow themselves up. The support network that helped lay the groundwork for the Paris attacks then became the operational network for the Brussels attacks in March of last year, according to Moniquet.

But some of the most horrific carnage has be wrought by people who have never had much if any connection to ISIS. According to American and French officials, the Tunisian resident of France who drove a truck through the crowd watching Bastille Day fireworks in Nice last year, killing 86 people and injuring more than 400, never had any discernible connection to ISIS, even though the group claimed the killing.

“He may have been a complete walk-in,” says Georgetown’s Hoffman. “But as long as you’ve got the potential to inspire that sort of action you can stay in business forever. That’s why [ISIS] pushes along multiple lines: the directed operation, the inspired lone wolf,” that is, one directed by remote control on Telegram or through other means, “and the true lone wolf.”

On such people—willing to use any means at their disposal from 19-ton cargo trucks to softly whirring drones—ISIS is depending for its survival and, indeed, for its resurrection.