You are here: Home / Senza categoria / As ISIS loses ground, militants will move to new territories 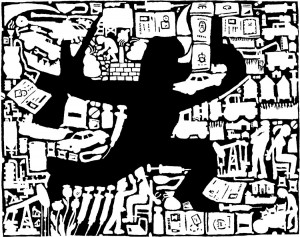 As Islamic State (IS) loses ground in Syria and Iraq, and could face ultimate defeat there, many militants will disperse across the globe where they will aim to blend into society before trying to launch terrorist attacks, former Turkish counter-terrorism police chief Ahmet S Yayla has warned, like reported by channelnewsasia.com.

“IS is going to lose Raqqa and Mosul and it’s going to be very bloody. After that, they are going to shave off their beards and hair so they can blend into society as sleeper cells to plot and unleash terror attacks in Asia and Europe,” said Mr Yayla in a Skype interview from Washington DC last week (Jan 24).

“Currently, you can still bomb them (IS) because you can see them. But once they are defeated and lose their territory, it is going to be very difficult to detect them,” said Mr Yayla.

The Syrian Democratic Forces (SDF), a coalition of militias which includes Kurdish forces, are slowly advancing on Raqqa, the de facto capital of IS.

In Iraq, Mosul city is home to the IS leader Abu Bakr al-Baghdadi. Iraqi government forces, backed by US airstrikes, launched a major offensive against IS in Mosul in October 2016. Al-Baghdadi is believed to be hiding somewhere in the city.

Mr Yayla is currently adjunct professor of Criminology, Law and Society at George Mason University in the US. He was one of the first researchers to interview IS defectors.

“Because they (IS members) are brutal, they are basically going to carry out a lot of attacks in the West,” he said, adding that the international spread of militants from Iraq and Syria will make it hard for law enforcement agencies in different countries to provide security for their citizens.

Asked whether IS members will return to Asia, he said: “Yes, they will.”

“They are going to go to Turkey, Libya from where they will spread to the EU, Asia, the Caucasus … to continue with their terror,” he added.

Mr Yayla left the Turkish national police in 2014 after more than 10 years in various positions, including chief of counter-terrorism and operations in the southeastern city of Sanliurfa close to the Turkey-Syrian border where IS, Al-Qaeda and its Syrian affiliate, Jabhat al-Nusra, are present.

According to Mr Yayla, IS grew into a powerful terror group partially because Turkey adopted a hands-off approach to the looming threat by allowing foreign fighters to enter Syria through its borders. IS was also able to source explosive material through Turkey.

Asked whether he received directives not to act against militants while still serving in the Turkish National Police, he replied: ”Yes, the orders were openly coming from Ankara (to) let the foreign fighters go. Don’t stop them.”

“(The orders came) from the central government to the regional governors and then to the police,” said Mr Yayla.

Between 27,000 and 31,000 people are estimated to have travelled to Syria and Iraq to join IS and other violent extremist groups in the region since 2011, according to the Soufan Group, an international security consulting group.

Conflict Armament Research (CAR), an independent organisation funded by the European Union, works with the Iraqi and Syrian forces to document materiel recovered in military action against IS forces.

From Nov 11-16, 2016, a CAR field investigation team embedded with Iraqi armed forces during initial assaults on IS in Mosul city in Iraq reported that IS sourced most of its explosive material from Turkey.

“Except for locally available material, such as  steel, IS forces source most of the products used to manufacture explosive weapons from Turkey. These findings indicate that the group has, firstly, a major acquisition network operating in Turkey and, secondly, a clear supply route from Turkey, through Syria to Iraq,” CAR wrote in a report published in December.

The approach taken by the Turkish government towards IS has changed in recent weeks, Mr Yayla said.

“The government only started taking action only a month ago, after the Reina nightclub attack. There are now soldiers at the border,” said Mr Yayla.

The Reina nightclub shootings in Istanbul on New Year’s Eve killed 39 people. IS claimed responsibility for the attack.

In recent days, Turkey has deported at least 22 Indonesians who were trying to sneak into Syria to join IS. Indonesian police have also said that Turkey plans to deport another 100 Indonesians for the same reason.

However, despite a tightening up of security and border controls, Mr Yayla said the Turkish government will face major challenges in preventing further attacks because IS has managed to establish several cells within the country. According to the Pew Research Center, around 8 per cent of the Turkish population views IS favourably.

On Dec 19, 2016, an off-duty Turkish police officer shot dead the Russian ambassador to Turkey, Andrey G. Karlov, at an art gallery in Ankara.