You are here: Home / Senza categoria / Artificial intelligence system, the algorithm that can predict Isis’s next move 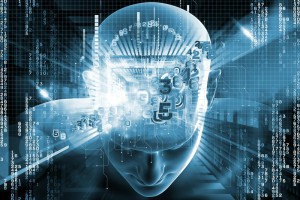 War has always been an inhuman affair; now, it’s becoming a non-human one. RAF operators in Lincolnshire control unmanned drones to carry out strikes 3,000 miles away in Syria, and a robotic dog is going through basic training with the US Marine Corps.

Predicting enemy plans, though, has always required a more personal touch – until now. But researchers are starting to use artificial intelligence (AI) systems to work out what insurgent groups such as Isis will do next – possibly before they even know themselves.

Arizona State University professor Paulo Shakarian believes that he can predict the activities of Isis, thanks to an algorithm based on 2,200 recorded incidents of the group’s activity in the second half of last year.

These incidents can appear pretty random, spanning several countries and switching between conventional military warfare, terrorism and insurgent tactics; but patterns are there to be found.

“What we wanted to look for was: are there relationships amongst the actions the Islamic State does that leads to significant increases in activity?” Shakarian says.

And some clear patterns emerged. When there was a spike in conventional infantry attacks, for example, it was preceded by indirect artillery and mortar fire.

Meanwhile, car bombs in Baghdad preceded infantry attacks in northern cities – presumably because when car bombs are set off, the Baghdad government keeps its forces there, making it safer for Isis fighters in the north.

“This was occurring 100 per cent of the time, this relationship,” says Shakarian.

Another connection revealed a correlation between Syrian – but only Syrian – air strikes and mass arrests by Isis in its territory. The reason, Shakarian deduces, is that Syrian strikes tend to be ordered

on the basis of intelligence from human sources, meaning that it’s worthwhile rounding people up and interrogating them.

By contrast, when the coalition strikes, it’s on the basis of technical intelligence such as satellite imagery or information from the US National Security Agency (NSA). Isis knows this, and doesn’t waste time with mass arrests.

Meanwhile, Twitter, much-used by Isis as a propaganda tool, can also be used against it, thanks to an algorithm developed at the Qatar Computing Research Institute in Doha. It’s based on a database of millions of Arabic-language tweets from more than 250,000 Twitter users, before and after the appearance of Isis. Some of these people went on to back the group, and others to oppose it.

And the resulting algorithm, says the team, can work out with 87 per cent accuracy who is likely to support or oppose Isis in the future – before they’ve expressed any direct opinion online.

“The key story that emerges is one of frustration with failed Arab Spring revolutions. Isis supporters largely differ from Isis opposition in that they refer a lot more to Arab Spring uprisings that failed,” they write.

“Looking at discriminating hashtags suggested that a major source of support for Isis stems from frustration with the missteps of the Arab Spring. As for opposition to Isis, it is linked with support for other rebel groups, mostly in Syria, that have been targeted by Isis, support for existing Middle Eastern regimes, and Shia sectarianism.”

And the military is already taking notice of these tools. The US Department of Defense (DoD) is talking to Shakarian about using his algorithm and enhancing it with a richer, more current set of data – maybe even real-time data one day.

Meanwhile, through its Minerva Initiative, the DoD has also recently awarded $8m in grants for a series of social science research projects, most of which have at their heart similar big-data-based algorithms.

One is broadly similarto the Qatar-developed tool in that it uses Twitter to predict insurgent behaviour – but goes one further, by attempting to influence it.

The idea is that by working out what type of information goes viral, and under what circumstances, it’s possible for the coalition to create “information cascades” of carefully-crafted propaganda.

Another Minerva project aims to develop new statistical techniques to identify “structural features in communities or nation-states that can be leveraged to increase the resiliency, alter the distribution of power, support deterrence activities or stabilise or destabilise communities”.

Daniel Rothenberg, professor of practice at Arizona State University’s School of Politics and Global Studies and co-director of the Center on the Future of War, says that bulk data collection will in future be a key tactic for the military.

“What is kind of radical is the power of analytics. We don’t even know where it’s going because this is so new.”