You are here: Home / Mediterranean / Arrests in Morocco over links to Barcelona Islamist attackers 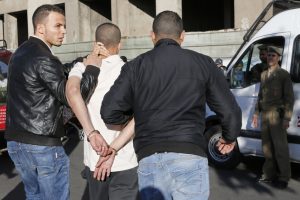 Moroccan authorities have arrested two people with links to the alleged perpetrators of the terrorist attack in the Spanish city of Barcelona as police in Morocco and Spain continued to coordinate in the probe into the assault that shook the country last week.

The two men have been detained in the cities of Nador and Oujda in northeastern Morocco, amid reports that police are searching for a third man in Casablanca.

The man detained in the city of Nador is a 28-year-old with ties to one of the members of
the cell of young Moroccans behind the Barcelona attack.

He was a resident of Ripoll, the small town in northeastern Spain where many members of the cell were living.

The second detainee, 34, lived for 12 years in Barcelona with links to ISIS and of plotting to attack the Spanish embassy in Rabat.