You are here: Home / Africa / Around 30 killed in attack on village in eastern Burkina Faso 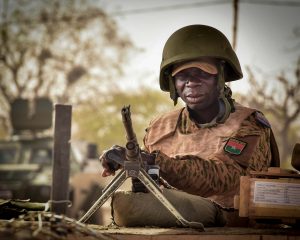 Armed assailants killed around 30 people in an attack on a village in eastern Burkina Faso on Monday, four security sources said according to reuters.com.

The attack took place in the village of Hantoukoura near the border with Niger in Est region, an area hit by rising insecurity as jihadist groups with links to al Qaeda and Islamic State seek to gain control over once peaceful territories.

In a statement, Est Governor Saidou Sanou said more than 10 civilians and two members of a civilian defence militia were killed by the unidentified attackers, who also torched a number of shops and ransacked the health centre.

But the four sources, speaking on condition of anonymity, said the death toll stood at around 30, making it one of the deadliest single attacks in Burkina Faso in the past year or more.

It was not immediately clear who was responsible for the attack.

Jihadist groups have also fuelled religious and ethnic tensions between farming and herding communities in Mali, Burkina Faso and Niger in order to boost recruitment among marginalised communities.

The worsening violence in the wider Sahel region has led to one of the world’s most acute humanitarian crises, U.N. agencies said last week. Twenty-nine million Sahelians are in need of aid and protection – an all-time high and 5 million more than last year, they said.