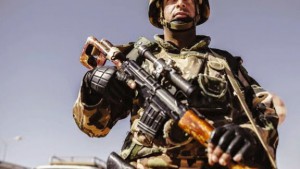 Algerian army troops on Monday discovered and destroyed as many as 13 terrorist-bunkers in the east of the nation, Defense Ministry said on Tuesday in a statement.

The source specified that the bunkers were discovered in the provinces of Batna and Skikda, eastern Algeria, adding that a gun and two hand-made bombs were found.

A few militants affiliated to AQIM and recently established IS affiliate group of Caliphate Soldiers are still taking refuge in the woods of central provinces, including Boumerdes, Tizi Ouzou and Bouira, on the east of the capital city of Algiers.