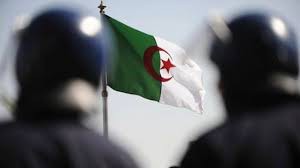 An army commander and and a soldier were killed by an armed group, in the locality of Colo, in the upper woods of the province of Skikda, 400 km eastern Algeria, local media reported on Saturday.

Quoting a security source, TSA news website said the two troopers were killed during an armed clash with a terrorist group. The source added that the troops were conducting a dragging operation in the woods of Colo, where an armed group of about 30 elements was perceived two weeks ago.

Additional units backed up by helicopters were deployed in the scene to track down the assailants.

Last months, as many as 11 troops were killed in an ambush in the province of Ain Defla, 145 km south eastern Algiers.