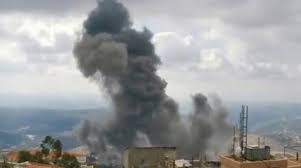 A Hezbollah arms depot exploded in the village of Ain Qana in southern Lebanon on Tuesday was caused by a “technical error,” a security source told Reuters.

The blast, which reportedly did not cause many injuries, comes weeks after massive multiple explosions at the Beirut Port on Aug. 4 that resulted in nearly 200 deaths, thousands of injuries and caused extensive damage throughout the capital city of Beirut.

Morevoer, it has rocked an already unstable country.

A second security source told Reuters that the Iran-backed terrorist organization Hezbollah has set up a security perimeter around the site of the blast in the group’s stronghold.

Video of the wreckage shows a completely destroyed and charred area.