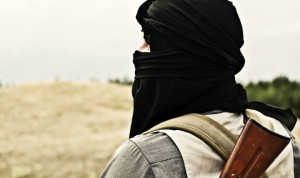 Unknown gunmen riding on a motorcycle have shot dead a polio vaccinator in southern Afghanistan.

Samim Khpolwak, spokesperson for the governor of Kandahar province said the incident took place in 4th PD of Kandahar city, the provincial capital, this morning.

Khpolwak said two female vaccinators were targeted in the attack, “one died on the spot and another sustained injuries,” he added.

The wounded vaccinator has been taken to hospital where doctors have expressed concern over her health condition.

No group has claimed responsibility for the attack. Gunmen fled the area following the attack but security forces have launched a search operation to find them.

This comes about two and a half months after a female worker of the United Nations was shot dead in a similar attack in the same police district of the city.