You are here: Home / Analysis / Are we witnessing the birth of an African Islamic State? 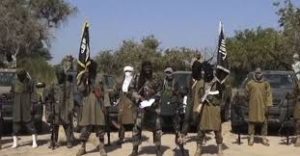 On Monday, 13 soldiers were killed by the Islamic State in northeastern Nigeria. A week ago, just after midnight on Friday morning, a Boko Haram suicide bomber blew up 14 villagers in northern Cameroon. These attacks — passing us by, as they do, in a stream of news and information — are becoming increasingly common in the beleaguered states of West Africa, like reported by spectator.co.uk.

At the end of last year, Islamists kidnapped 344 schoolboys in an apparent ransom attempt. While the raid saw a continuation of Boko Haram’s strategy (in 2014 the group kidnapped 276 schoolgirls, to global condemnation) it marked a change in the terror group’s ambitions. Previously the group had confined itself mainly to the Lake Chad Basin area, with its headquarters in Borno State, encompassing the intersection of northeast Nigeria, Niger, Chad and Cameroon. December’s kidnapping saw the group travel some 500 miles west to Katsina in the north of the country.

The growing confidence of these extremist militias has seen Islamist influence spread across the region as deaths soar. During last month’s kidnapping, 110 civilians were butchered, including 76 rice farmers near the village of Zabarmari. Boko Haram, along with the Islamic State in West Africa Province, form a jihadist umbrella in West Africa, encompassing Nigeria, Cameroon, Chad and Niger. The group’s leader Abubakar Shekau pledged allegiance to Isis in March 2015, but differences between the core groups of Boko Haram and Isis led to the latter installing Abu Musab al-Barnawi as the chief of its West African branch in August 2016. The two factions, still labelled collectively as Boko Haram, have killed over 30,000 people and displaced millions in the region.

Last year saw Boko Haram launch its deadliest ever jihadist attack leading to the deaths of 92 Chadian soldiers. The group also orchestrated militant attacks on a refugee camp in Cameroon, slaying 50 Nigerian soldiers in an ambush, they massacred 30 motorists (and kidnapped yet more women and children) on a Maiduguri highway and annihilated 32 in a bomb blast on a crowded bridge in the northeastern town of Gamboru. Meanwhile, Isis’s African branch killed French aid workers in Niger’s capital Niamey, slaughtered at least 35 Nigerian troops in another military ambush and massacred over 140 in back-to-back attacks in Monguno, Nganzai and Gubio, to name just a few of their terror raids.

This bloody array of jihadist manoeuvres followed 2019 where Boko Haram launched three of the world’s ten deadliest attacks and remained the only major terror outfit to register a rise in activity, even as the Islamic State, the Taliban and al-Shabaab saw declines. The Global Terrorism Index 2020 ranks Nigeria as the third most affected country today, ahead of Syria, Yemen and Pakistan. The same year saw Boko Haram killings triple in Cameroon, where separatists have recently upped their presence. Burkina Faso and Mali have witnessed a five-fold increase in terror attacks since 2016, with the former registering an outrageous 22-fold increase in deaths over the past four years.

Along with Boko Haram’s westward surge and the expansion of Islamic State’s affiliates in the region, has come the rebirth of al-Qaeda’s remnants like Movement for Oneness, Jihad in West Africa and Support Group for Islam and Muslims, the latter grabbing global headlines following the abduction of French hostages in Mali.

With the Middle Eastern Islamic State’s ‘defeat’ in 2019, the world has largely ignored this precipitous rise of West Africa as the new epicentre of jihadist terror. There are thousands of fighters, agitating and killing for an equatorial Caliphate. Boko Haram, the initiator and still the chief proponent of jihadist terror in the region, is today the world’s greatest counter-terror failure.

Amid rhetoric denouncing ‘modernisation’ and ‘globalisation’, Boko Haram has seamlessly incorporated the latest technologies — from the use of drones to carry out terror raids to social media disseminating radical Islamist propaganda. Even so, as is the case with other jihadist outfits, the anti-West orientation ends up being more of a smokescreen for de facto annihilation of local Muslim populations by declaring them ‘infidels’ and apostatising Muslim leaders and governments. This bloodshed doesn’t appear to factor anywhere in the minds of Islamist ideologues who argue that a genocide of Muslims is taking place in the West.

Beyond the excommunication and execution of Muslim populations, jihadists brutally target other religious communities. Boko Haram, makes Christians a regular target, with the group burning down a Christian village, killing at least 11 people in Pemi on Christmas Eve. Some 2,200 Christians were slaughtered in the Middle Belt of Nigeria in 2020 alone, with over 11,500 Christians massacred in the country since 2015.

To safeguard the historical pluralism of western and sub-Saharan Africa — and prevent the extinction of indigenous cultures fast eradicated by jihadist usurpation — the world needs to wake up to the escalating threat of Boko Haram. A critical role has to be played by the global Muslim leadership to discredit the Islamist narrative peddled by Boko Haram and other jihadist groups.

Unfortunately, however, populist leaders across the Muslim world are instead propagating narratives that play right into the hands of, nay echo, radical Islamists. Many are focusing the entirety of their energy on Muslim minorities in the West, whose concerns pale into insignificance in the face of the actual genocidal threat in places like West Africa. Similarly, far too many Muslim states have codified the same Islamist logic that is taken to its gory conclusion by the likes of Boko Haram. Naturally, instead of tackling jihadist terror, such duplicity nourishes these breeding grounds of jihadism.