You are here: Home / Analysis / Are Islamists making a comeback in the Middle East? 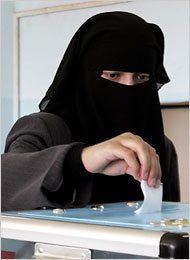 On Aug. 15, the Islamist National Alliance for Reform won a surprising number of seats in Jordan’s local elections, including the presidency of three municipalities. Their success mirrored that of Morocco’s Islamist Justice and Development Party (PJD), which won control of all of Morocco’s major cities, in the 2015 local elections. While many analysts have focused on the declining influence of Islamist parties in Egypt and Tunisia, these local electoral gains tell a different story, like reported by washingtonpost.com.

However, we can neither assume Islamists’ inevitable success at the local level or dismiss their future prospects. Jordanian Islamists still polled poorly in Amman, Jordan’s capital and home to more than 50 percent of the country’s population. And while Morocco’s PJD performed well in the cities, it failed to tailor its platform and connect with rural voters. These outcomes prompt us to explore Islamist engagement at the local level, a subject that has been too frequently ignored by the focus on national and transnational Islamist movements.

The reality is that Islamists, like other political and social actors, have uneven appeal. Their performance is typically driven by local factors rather than by grand narratives. A recent workshop hosted by the Project on Middle East Political Science (POMEPS) and Gothenburg University’s Program on Governance and Local Development sought to explore why Islamists do well in some areas and not others. Drawing on a growing literature in political science and in Middle East studies, more than a dozen scholars examined the performance of Islamist parties and movements at the local level and in peripheral areas, outside of capital cities and national elections.

Why and when Islamists choose to participate

In Jordan, the Muslim Brotherhood’s decision to engage in the local polls was prompted, at least in part, by a new law governing the 2016 parliamentary elections. Jordan’s Islamists likely benefited from the apathy of many Jordanians toward the decentralization process, which also involved a confusing new set of electoral rules to learn. For many, local government positions that lack serious discretionary power are simply not as valuable as national ones. In short, Islamists may have done well precisely because the local elections had lower stakes.

In Turkey, the Islamist Justice and Development Party (AKP) has swept national elections and led the government since 2002. However, its performance on the local level has varied significantly. One author in our collection, Evren Celik Wiltse, provides empirical evidence of the limited reach of the AKP across three localities, showing that — despite popular narrative — not all rural voters accept its leadership.

Structural explanations for the success of local Islamist movements

A number of important studies suggest that local differences in socioeconomic conditions are key, with Islamist movements expected to gain strength particularly among the middle class. Work by Diana Zeidanhighlights how reconstruction in the South Lebanon due to protracted conflict with Israel made technical expertise a high priority for governance. Hezbollah took advantage, employing a strategy of recruiting local technical and development experts who are key to its current success in local politics there.

Historical examination of Islamists’ access to physical resources like mosques and schools as well as their utilization of infrastructure can also illuminate where and how their influence spread.

Operating — successfully or not — with limitations

However they come to power, it is useful to consider when and where Islamists will succeed in governing. This depends on not only their own competence, but also on the latitude given them by the central government. In Jordan, for instance, centrally appointed governors continue to limit local and district governments, despite decentralization efforts. So even when elected, Islamists and other elected local officials will be hampered.

Within these constraints, however, some may do better than others. As Janine Clark notes, the success may depend on the Islamists’ ability to link up with non-Islamist groups in the areas, mobilizing resources but also gaining credibility among local populations. Likewise, Yuree Noh underscores an increasingly strong alliance between Islamists and tribal populations who feel their society is losing touch with its conservative roots and have economic grievances against the state.

Once Islamists take office, success can build upon itself if they govern effectively. The success of the PJD in Morocco was due not only to their strength on the ground, but also to their ability to project power as the governing parliamentary party at the time. That is, they enjoyed “incumbency advantage.” Much of the success and failures of the PJD can be traced to their constituent services and responsiveness to the needs of the localities that elected them.

Islamists may also target different sectors of the population than non-Islamists, particularly where they are members of the opposition. Lindsay Benstead finds that members of marginalized communities are more likely to contact Islamist parties when in need of help from an elected official.

Islamist politics are both normal and varied

In short, Islamist politics at both the local and national level is complex and varied. Analyses of Islamist politics across the Middle East and North Africa reveal enormous variation in strategies employed and success realized. Ideology may matter, but so does agency and structural contexts. We must continue to move away from narratives that paint over nuance with a wide brush, recognizing the enormous variation in the local and national engagement of Islamist movements, if we are to make sense of the important shifts occurring in the region today.