You are here: Home / MidEastGulf / Arabs react to Trump victory 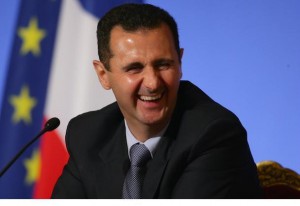 Donald Trump’s victory came as a surprise to pollsters in the United States as well as investors on the world’s financial markets. As much of the world wonders what policy changes the Trump administration will put in place, Arab observers on social media spoke out on the results.

In November 2015, Trump called for “a complete and total shutdown” of Muslim immigration into the United States.  He also attacked a slain Muslim solider’s parents after they spoke at the Democratic National Convention in July. These comments have made him widely reviled in majority-Muslim Arab countries.

“How can someone like Trump govern the most powerful country on earth  politically, culturally and economically?” asked Twitter user Haneen.

“I swear to God, this man Trump is the end of America,” tweeted Abu Uday, with the hashtag “Trump is US president number 45” .

“The whole world is in a panic and we should empathize with them. Trump lies in his racist remarks. Some believe that his team will restrain him, but I’m not optimistic,” said Ahmed Alhonti, a mathematics and accounting specialist living in the United States.

Some Arab social media commentators joked about the Trump win and the uncertainty it has brought to some.

“It’s the American military who have brought Trump to the American people,” said Egyptian user Sameh El-Sadat . He’s joking about how Egypt has faced military coups resulting in undemocratic leaders, adding that Egypt and the United States now find themselves in similar situations.

Egyptian President Abdel-Fattah el-Sissi, who took office in a military coup, has been praised by Donald Trump as a “fantastic guy.” Many Egyptians view Trump as America’s El-Sisi, a leader with authoritarian tendencies.  El-Sisi congratulated Trump on his win.

“Trump has won, a third world war is approaching and we are all going to die,” joked Twitter user Hanan with a hint of black humor. Trump’s victory has already led to stocks plummeting during the early hours of trading in Europe and currencies such as the Mexican peso are hitting record lows.

Trump’s victory will have repercussions on American relations with Arab gulf states such as Saudi Arabia, Bahrain and Qatar as well as policy towards Syria.

Hillary Clinton was widely supported by the Arab Gulf states financially due to her insistence that Syrian President Bashar Al-Assad be removed from office.

The Gulf states wish to see the Syrian president ousted in order to curb Iran’s influence in the region.

Al-Waleed Bin Talal, a member of the Saudi ruling family, mocked Trump on Twitter last year due to his anti-Muslim remarks. The Saudis also supported Clinton because Trump has threatened to withdraw from oil deals with the kingdom, unless they take measures to curb extremism.