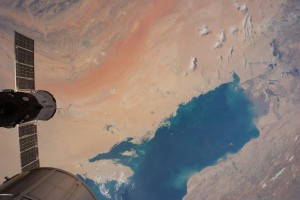 When Western navies raided three dhows in the Arabian Sea this year, some of the weapons they found matched arms taken from Houthi rebels in Yemen, a report said, suggesting links between Iranian suppliers and the Yemeni war.

Two of the dhows, all of which were unregistered and therefore stateless, were manufactured by Al Mansoor, an Iranian shipbuilder whose yard is next to an Iranian Revolutionary Guards base, the report said, citing Iranian state records.

“Since 2012, Al Mansoor dhows have been involved in multiple cases of trafficking in heroin, cannabis, and more recently, weapons,” British-based organisation Conflict Armament Research said in its report on Wednesday.

“Analysis of the weapons suggests that at least two of the three deliveries were probably supplied with the complicity of Iranian security forces.”

The report said some of the weapons captured in the raids on the dhows had sequential serial numbers of new weapons, suggesting they came from a national stockpile. Lot numbers from anti-tank weapons found aboard one of the dhows matched the production run of similar weapons said by the United Arab Emirates (UAE) to have been captured from Houthis, it said.

The report also highlighted the role of Somali ports as transfer points, and said the warships HMAS Darwin, FS Provence, and USS Sirocco had seized more than 4,500 assault rifles, mortars, machine guns, and rocket launchers in a four-week period between February and March 2016.

“This report provides evidence suggesting Iran is playing a hand in supplying weapons to the conflict in Yemen,” said Jonah Leff, the director of operations for the arms research group.

An Iranian official from the foreign ministry disputed the report’s findings.

“It is not true and Iran has never provided weapons to Houthis or any other group in Yemen,” the official told Reuters. “But we have always supported and will continue to support oppressed groups and nations.”

Saudi Arabia accuses the Houthis of being a proxy force for Saudi’s arch rival Iran, an accusation the Houthis strongly dispute, saying they are fighting against the corruption of the former government.

Yemen lies just across the Gulf of Aden from Somalia, which has been at war for more than 25 years and whose lawless coastline offers refuge for pirates and smugglers.

Abdallah Jama Sallah, the former Minister of Ports, Maritime Transport and Counter Piracy in the semi-autonomous Somali region of Puntland, said it was almost impossible to prevent such smuggling.

Marine forces in Puntland – at the very tip of the Horn of Africa nation – have only 12 small flat-bottomed boats that hug the shore and cannot venture into the deep seas, he said.

The region has between about 700 and 900 coastguards, he said, but their training and equipment is poor.

“In 2015, our own forces reported 160 Iranian boats fishing in our seas without permission. There’s no way of verifying them,” he said. “There’s lots of weapons going back and forth, it’s absolutely impossible to control that sea.”