You are here: Home / Analysis / Arab NATO in face of Iran’s ‘Warsaw’ 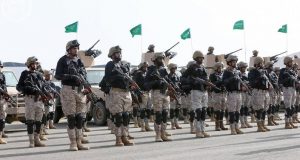 Hundred years of the region’s history is formed of changing allies and shifting alliances. The least that could be said about the idea of forming a quartet Arab NATO is that it is just another natural reaction against Iran’s active tripartite alliance, like reported by aawsat.com .

The Arab military has been compared to North Atlantic Treaty Organization (NATO), established in the wake of Soviet expansion. NATO was the western military power in the face of the Soviet Union during the Cold War.

How can Saudi Arabia, Egypt, UAE, and Jordan form a joint military force against Iran’s expansion, after it stretched its presence to Iraq and Syria and extended its influence to Lebanon and Yemen?

The four Arab nations had been in coalition for a long time and are now involved in the Yemeni war, including Egypt. UAE army has been fighting on the Yemeni soil alongside Saudi troops since the beginning. Jordan is militarily tied to the other three countries.

Even with this cooperation, we can’t consider the close relation as something similar to NATO in its concept and the nature of commitments it requires.

Our region suffers from a large political void and imbalance of military regional forces particularly during the past eight years.

Also, attributing to the imbalance was U.S. limiting its commitments to the region and signing the nuclear deal with Iran, which represents reconciliation and end of confrontation between the two countries.

This vacuum resulted from Iran’s expansion of its influence inside Iraq, engaging in a major military war in Syria and forming for the first time ever an army of armed militias, which it sent to Syria.

Iran is trying hard to keep the war ongoing in Yemen by supporting the insurgency.

Reports of a proposed Arab NATO cooperation with Israel are just perceptions that precede the alliance, which hasn’t been even formed yet.

Even if we assume they were true, the cooperation, if remained a secret, will be limited.

Israel is usually present in the region’s disputes even if its presence is limited and silent. It exists in Syria’s war, once bombing Hezbollah’s targets, another attacking ISIS groups, and sometimes supplying different parties with information that helps Israel.

An Israeli expert said they were happy to see thousands of Hezbollah fighters involved in the war in Syria, because they used to hide underground when Israeli forces fought them in Lebanon relying on guerrilla tactics. Today, they play Israel’s role in Syria.

The idea of an Arab NATO, or a quartet Arab coalition, if realized will be announced publically and won’t remain a top secret project as reports suggest.

A militarily cooperation is a good idea and necessary step especially if it encompassed much more than that. Establishing an alliance is a vital balance to face Iran. Tehran has formed a military alliance of three countries: Iraq, Syria and Iran. Tehran built a new cooperation with Russia, which has a military base in Iran.

Russia participates in the war in Syria alongside this Iranian alliance.

Iran fortified its coalition through including armed militias from Pakistan, Iraq, Lebanon and other countries. They are all fighting under its banner in Syria.

Iranian forces under the pretense of “experts” are also fighting in Iraq and to some extent manage battles there.

Therefore, if an Arab NATO was indeed formed, it remains a natural response of Iran’s “Warsaw” pact.