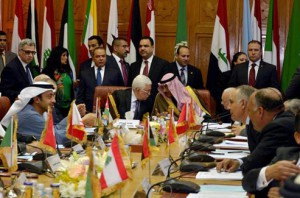 Arab League Foreign Ministers have expressed grave concern over continuous Iranian interference in the internal affairs of Bahrain, attempts to sow discord and sectarian strife between citizens, as well as undermining its security, stability and the interests of its citizens.

In a statement, it condemned Iran’s harbouring of fugitives, the opening of the Iranian camps for the training of terrorist groups and smuggling weapons and explosives to carry out terrorist operations inside Bahrain, the support of sabotage, terrorism and incitement to violence and media coverage for this purpose, said a report in the Gulf Daily News