You are here: Home / Mediterranean / Arab intelligence source: Jihadists are wearing down Hezbollah on Syria-Lebanon border 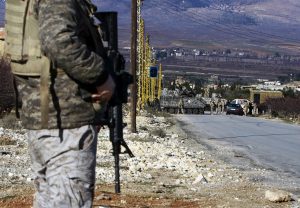 Fighters of the Al Nusra Front, Al Qaida’s affiliate in Syria, or as the group now calls itself, Jabhat Fatah al-Sham, have recently been posing a serious challenge to Hezbollah in the border area between Lebanon and Syria, a senior Arab intelligence official told like reported by breitbart.com.

“Dozens of Hezbollah fighters have been wounded in engagements over the last few weeks between the two sides,” the official stated. “The jihadists decided to switch their offensive from Syria to Lebanon. “

“In the area of Arsal and in other regions, they’ve continued to surprise Hezbollah and force the group to send many soldiers to the area.”

“The slow stream of jihadists into Lebanon represents a disruption of the relative stability within the country’s borders, especially just before the beginning of the fasting month of Ramadan next month,” said the source.

“Hezbollah understands that Al Nusra and the jihadists are trying to turn the month of Ramadan into a bloody month for the Shi’ite organization and the communities supporting it, and so, we are witnessing the reduction in age of volunteers and fighters being recruited by the organization and they’re continuing to go down and even now we can see that 16-year-olds are among the fighters.”

The intelligence source also said that, as far as Hezbollah is concerned, “The threat from Al-Nusra isn’t nearing its strongholds in Lebanon. The increased troop presence on the border comes at a direct cost to troop numbers in Syria.

“In any case, Hezbollah already conducted a new assessment of the deployment of its forces in Syria due to the American airstrike, but now the fear is double.”

According to the source, “Hezbollah’s fundraisers and recruiters are investing far more effort than in the past.  If Ramadan passes without any special attacks, it should be a month of fundraising that will help the organization deal with the need to expand its recruitment of volunteers.”

The source added that “the main deliberation within Hezbollah concerns the need to prepare for a direct attack on the organization from Israel or even the U.S. The organization understands that Hezbollah is in the cross hairs of the American government as a source of disruption of U.S. interests in the area.”

“Hezbollah is fundraising, recruiting volunteers and fighting for public opinion. The organization is preparing for a very difficult summer.”