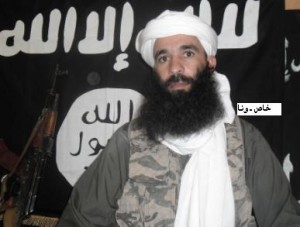 Hammam begins his statement, which has been translated by the SITE Intelligence Group, by saying, “We in the Greater Sahara region in Qaedat al Jihad in the Islamic Maghreb are speaking in regard to the blessed joint operation announced by our brothers in al Murabitoon – the attack on the Radisson Blu Hotel in the heart of the Malian capital.” Hammam says that AQIM “promised” to wage guerrilla warfare against French and Malian forces after the French “invaded the land of Mali…to eliminate the mujahideen and disrupt the Shariah of the Lord of the Worlds.”

The jihadist then comments that “the strikes are coming upon you in succession, in the north, middle, and south, despite the media obfuscation.” Since the beginning of 2015, Al Qaeda groups in Mali, including AQIM, Ansar Dine, Al Murabitoon, and the Macina Liberation Movement, have conducted more than 30 attacks in southern Mali. Several attacks have been in Bamako, like the aforementioned Radisson Blu hotel siege. [See this map of Al Qaeda-linked attacks in Mali since 2014 made by The Long War Journal for more information.]

Speaking to the French government, Hammam says “we will seek revenge for the rest of our lives, and days and nights will not pass without our taking revenge against those who oppressed us. You have occupied our land, you have disrupted our Shariah, you have assaulted our honor and dignity, you have shed our blood, you have looted our wealth and fortunes, and you have disturbed our security. We will treat you in kind.” To the French people, Hammam explains that “You have only tasted a bit of what you made the Muslims taste in the past decades,” referring to the attacks in France over the past year.

The jihadist then calls French society full “of prostitution and degradation” and that and French values cause the country to “occupy the lands of Muslims and steal their fortunes and place your agents in the region so that they follow your orders and suppress their peoples, overwhelm them, and impose on them the policy of iron and fire.” He then refers back to the French conquest of Algeria as a purported example of these values. Hammam then orders the French to leave Mali; however, he gives an ultimatum.

“If you are arrogant and refuse,” he says, “then we are letting you know O Crusaders that we, Allah permitting, will not spare any effort to fight you and strike your interests, wherever they may be and in any land for which Allah grants us success to reach, especially the first place, the head of disbelief, France, which was the target of this blessed operation,” referring to the hotel siege in Bamako.

The statement appears to predate an audio statement released earlier this month in which AQIM announced the merger between it and Al Murabitoon, which is led by Mokhtar Belmokhtar. On Dec. 4, AQIM’s Al Andalus Media released an audio statement from Abdelmalek Droukdel, the emir of AQIM, announcing the merger of Al Murabitoon into its ranks. The same statement also said that the attack on the Radisson Blu was the first joint assault carried out by the two.

Abu Yahya al Hammam is not the only jihadist to have threatened Western forces in Mali this year. Iyad Ag Ghaly, the leader of AQIM’s front group Ansar Dine, released a statement in October espousing much of the same rhetoric. Additionally, a fighter from Al Murabitoon threatened French and Dutch forces in Mali, also going along with the same propaganda of Ghaly and Hammam. “The time has come to battle the French and the Dutch, to retaliate for your Prophet,” said an Egyptian jihadist affiliated with the group. [For more information, see LWJ report, Malian al Qaeda leader threatens France in audio statement and Threat Matrix report, “Al Murabitoon threatens French, Dutch forces in Mali in new audio.]

Yahya Abu Hammam is listed by the US as a specially designated global terrorist for playing a “key role in the group’s ongoing terrorist activities in North Africa and Mali.” Prior to being appointed the head of AQIM’s Sahara Emirate, he served as the group’s emir in the northern Malian town of Timbuktu. Under his rule, numerous Muslim shrines were destroyed and civilians were beaten for the slightest infractions of sharia, or Islamic law.