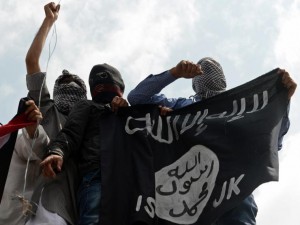 An Italian aid worker, Cesare Tavella, was gunned down in a targeted attack while he was jogging in the diplomatic quarter of Bangladesh’s capital Dhaka. The murder of the 50-year-old took on an even more menacing dimension when the global terrorist group Islamic State (IS) claimed responsibility for the attack, according to the SITE Intelligence group which monitors jihadist threats.

According to the statement intercepted by SITE, “a security detachment” with silenced weapons was tasked to gun down the aid worker, and this assassination was meant to be a warning to all “citizens of the crusader coalition” visiting Muslim majority nations, including tourist hotspots like Turkey, Malaysia and Morocco.

Though the claims of the IS have not yet been independently verified, the mere possibility of IS carrying out operations within the South Asian country has sent shockwaves internationally. In response to the attack, the UK and US warned their diplomats and nationals to be wary of the threat and limit their movements because western interests were bound to be targets.

The Italian embassy is following similar precautions and advised its nationals to stay clear of public areas. Education and sport too are bearing the consequences of the attack, as international schools have been closed and an impending tour of the Australian cricket team to Bangladesh has been all but cancelled.

The response of the Bangladesh government officials to the attack has been a regrettably familiar one.

Much like the governments of Pakistan and Afghanistan, the Bengali approach is one of denial about the modus operandi and creeping danger of IS.

When Home Minister Asaduzzaman Khan says: “We have only heard about IS in Bangladesh but haven’t found any of them”, he might well be echoing Pakistan’s own Chaudhry Nisar. While a country’s top officials’ need to dispel worries and doubts about the safety of their people is understandable, it is reckless to dismiss alarming truths in favour of a comforting narrative.

As argued in this space many times before, the threat of IS is precisely in its capacity to spread into other territories on the back of ideological diffusion. Bangladesh has already been caught in the grip of unprecedented Islamist violence, with many secular bloggers and journalists meeting gruesome deaths at the hands of Islamist groups like the Ansarullah Bangla Team, and this provides an ideal breeding ground for IS to spread its deadly agenda.

IS does not have to physically invade a country with its insurgents to conduct operations there, it merely taps into existing terrorist and Islamist networks and appropriates them. Both Bangladesh and Pakistan have plenty of such actors and it will be to their own peril if the governments of these countries continue to ignore the threat.