You are here: Home / Senza categoria / Another great idiocy: ISIS bans football referees for following ‘laws of Fifa, not Sharia’ 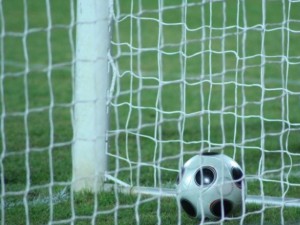 IS (Islamic State) has reportedly outlawed football referees in one of its Syrian strongholds because they implement Fifa rules “in violation of the commands of Allah”.

The UK-based Syrian Observatory or Human Rights (SOHR) said commanders had also drawn up a list of rules detailing how injured players can be compensated by their opponents under Sharia law.

The militant group ruled that football referees “do not judge according to what Allah has revealed” and that these were a “violation of Allah’s command and the Sunnah”.

The IS takes punitive action against those who flout its decisions and edicts. This includes flogging, shooting, beheading and burning suspects.

The group has been striving to retain control over  Deir ez-Zor where forces loyal to President Bashar al-Assad have launched an offensive. The IS has been grappling with several significant defeats across Iraq and Syria over the past months. Its propaganda chief Abu Muhammad al-Adnani was killed this week.
pakistantoday.com.pk