You are here: Home / Senza categoria / Anonymous kicks off cyberwar against ISIS, gets 900 Twitter accounts banned 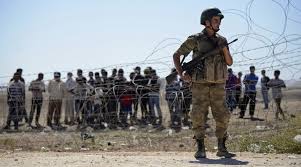 Even people who aren’t normally fans of Anonymous probably won’t object to the hacker collective using its powers to take on Islamic State, the hated group of Islamic fundamentalists that has carried out deadly terror attacks in Paris and Beirut over the past week. This is why we’re pleased to see that Anonymous has declared cyberwar on ISIS and has already gotten hundreds of its purported Twitter accounts banned from the service.

Metro.co.uk reports that Anonymous this week published a list of 900 ISIS-related Twitter accounts that have subsequently been suspended by Twitter. This first strike is important because ISIS has shown itself adept at using social media as a recruitment and propaganda tool. Even though it’s easy for ISIS to create new Twitter accounts, it takes time to build up a following on new accounts and amplify messages. So while banning Twitter accounts might be a cat-and-mouse game, it can still be very disruptive to the organization’s recruiting methods.

And of course, this is just the first strike against ISIS that Anonymous will unleash. In the past they’ve sparred with the North Korean government, the Church of Scientology, the Westboro Baptist Church and others to varying degrees of success. The group is vowing their biggest operation ever against Islamic State so we’ll just have to wait to see what that entails.