You are here: Home / Senza categoria / An ISIS leader made a pitch for new members, and Muslims on Twitter had hilarious responses 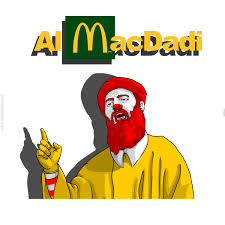 On the day after Christmas, ISIS leader Abu Bakr Al-Baghdadi broadcast a speech, with the usual condemnation of the west and a sales pitch calling for all Muslims to “join the fight.”

“Be confident that God will grant victory to those who worship him, and hear the good news that our state is doing well. The more intense the war against it, the purer it becomes and the tougher it gets,” he said, according to the Telegraph.

But Muslims from around the world were not having it. Iyad El-Baghdadi, an Arab Spring activist from the United Arab Emirates now based in Norway (and definitely not affiliated with ISIS), translated parts of the speech and retweeted responses from some other non-ISIS-affiliated Muslims on Twitter. They were not impressed:

Are you telling me I should join you rather than witness Leicester City win the league?? Noooo wayyyy! https://twitter.com/iyad_elbaghdadi/status/680776223606333440 …

But then how will I watch all the upcoming Star Wars movies? Also I don’t like hanging with murderous psychopaths https://twitter.com/iyad_elbaghdadi/status/680776223606333440 …