You are here: Home / West Asia / American troops to remain in Afghanistan for decades: Obama 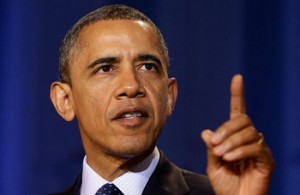 US military commanders have warned the Obama administration that thousands of American troops could remain in Afghanistan for decades, says a report published on Wednesday.

The Washington Post, which published the report, quoted a senior Pentagon official as telling its correspondents: “What we’ve learned is that you can’t really leave.”

“The local forces need air support, intelligence and help with logistics. They are not going to be ready in three or five years. You have to be there for a very long time.”

The report points out that many Republican and Democrat foreign policy advisers, looking beyond the Obama presidency which ends this year, are willing to endorse a long-term American presence in Afghanistan.

The Post notes that the commanders’ assessment makes it impossible for the Obama administration to pull most of soldiers out of Afghanistan by early 2017, as it had planned.

Senior military officials, who spoke to the Post, said that their assessment “reflects the Afghan government’s vulnerability to continued militant assaults and concern that terror groups like Al Qaeda continue to build training camps whose effects could be felt far beyond the region”.

“This is not a region you want to abandon,” said Michèle Flournoy, a former Pentagon official who would likely be considered a top candidate for secretary of defence if Hillary Clinton wins the 2016 presidential election. “So the question is what do we need going forward given our interests?”

The report also notes that following the departure of most foreign forces in Afghanistan two years ago, the Taliban have significantly increased their influence in the country by seizing a number of districts and inflicting sizable losses on government forces.