To date, Iran has refused to compensate terror victims and is continuing to provide financial support to terrorist groups throughout the world, like reported by jpost.com 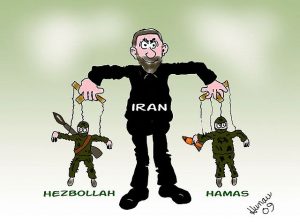 American victims of terror attacks have filed a civil action against the European Investment Bank (EIB) for continuing their financial ties with the Iranian regime.

According to the Israeli legal advocacy group, Shurat HaDin, which is representing the victims’ families, the EIB’s financial ties with the regime is responsible for sponsoring numerous terror attacks every year.

Shurat HaDin claims that there are over $43 billion in unresolved legal verdicts against the regime in Tehran. To date, the organization says, Iran has refused to compensate the victims and is continuing to provide monetary support to terrorist groups throughout the world.

The initial proceeding, filed in the Washington, DC district court, maintains that the EIB must identify all Iranian assets held at the bank and turn them over to satisfy the terror victims’ outstanding court awards.

“Iran is a state that finances and carries out terrorism.” Nitsana Darshan-Leitner, the president and founder of Shurat HaDin, said in a statement.

“No bank in the Western world can carry on business with Iran as long as Iran continues to support murderous terrorist attacks, and as long as the Iranian regime refuses to pay out the judgments awarded against it on behalf of victims of terror,” she said.

“If the European Investment Bank continues to do business with Iran, funds sent to Iran through the EIB will also be used to directly finance terrorism. We will pursue the Iranian regime until it takes responsibility for its horrific actions and compensates the victims of its terrorism as ordered by the US courts,” she concluded.