You are here: Home / FakeNews / Alternative EU in the world of pro-Kremlin media 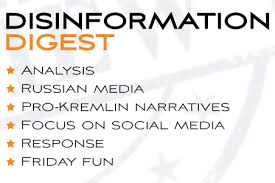 A union that is both expansionist, interventionist and aggressive; as well as weak, collapsing and doomed to fail. Such is the image of the European Union in the world of pro-Kremlin media, as described in a recent study by the Wilfried Martens Centre, like reported by euvsdisinfo.eu.

The author, Kristina Potapova, explains that pro-Kremlin disinformation creates feelings of superiority among Russians, which in turn draws attention away from domestic problems. Narratives are multiplied not only in “news” programmes, but also in films, TV series, and other entertainment shows. This constant repetition strengthens the impact of the messaging.

“The Kremlin’s monopoly over the information space in Russia makes one thing clear: the rules come from above, and dictate what can and cannot be said on federal channels. TV news, TV shows and even Russian films encourage passivity in viewers, showing them that the world is a very dangerous place and that it is better not to leave one’s comfort zone. This causes people to be unaware of reality in the West and also makes individuals believe that they cannot influence their own lives,” writes Potapova.

The author argues that “anti-Western propaganda has increased dramatically since the 2011-12 Russian protests”, referring to a wave of demonstrations against the results of the 2011 parliamentary elections. She identifies three main myths that pro-Kremlin disinformation spreads about the EU:

The study concludes that pro-Kremlin disinformation “has effectively shaped Russian society’s perceptions of the EU.” A poll demonstrated that only one quarter of Russians view the EU favourably. It also found that the adjectives Russians used most frequently to describe the Union were “hypocritical, multicultural, and decadent”.

“Coherent monitoring of the Russian media and analysis of pro-Kremlin disinformation are of crucial importance. These will help the EU to better predict Russia’s future policies and be prepared to react,” the author recommends.