You are here: Home / MidEastGulf / All-night session for negotiators at Iran nuclear talks 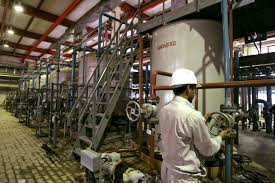 Iran nuclear talks have adjourned after an all-night session and will resume in a few hours according to Irishexaminer.

With even a vague outline of an Iran nuclear deal eluding their grasp, negotiators went into double overtime in a marathon attempt to find common ground for a more important task – forging a final deal by the end of June.

Iran and six world powers had cited progress in abandoning their March 31 deadline for the basic understanding that would prepare the ground for a new phase of negotiations on a substantive deal.

But as differences persisted into late last night, the US State Department announced that John Kerry was postponing his departure and would remain until at least this morning.

At around 6am local time today, in Lausanne, Switzerland, State Department spokeswoman Marie Harf tweeted that the talks had broken after an all-night session and would resume in a few hours.