You are here: Home / Mediterranean / Algiers says “massive” flow of Moroccans to Libya via Algeria 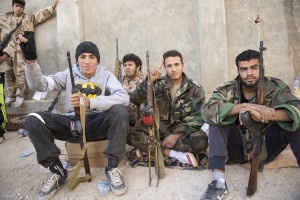 Algeria on Saturday notified Rabat of the existence of “massive and unusual” flow of Moroccan nationals heading to violence ridden Libya through Algeria.

“The issue of massive and unusual flow of Moroccans from Casablanca to Libya through Algerian territories, noticed in recent weeks, was brought to the attention of the ambassador of Morocco,” the Algerian Minister for Maghreb Affairs, African Union and the Arab League, Abdelkader Messahel, said in a statement.

“The current sensitive security environment requires the utmost vigilance and cooperation between the countries of the sub-region, like the one existing between Algeria and Tunisia,” the Algerian official said.

He said the travelers who do not have documents supporting their trip to Libya will be subject to repatriation to their home countries.

Algeria and Morocco have tense relations and the borders have been closed since 1994.

The diplomatic tension is mostly provoked by their disagreement over the issue of the Western Sahara. Algiers supports self-determination for the Sahrawi people, while Rabat insists that the Western Sahara is part of Morocco territories.