You are here: Home / Africa / Algeria welcomes extension of MINUSMA mandate in Mali 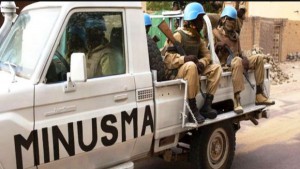 Algeria welcomed the extension, until 30 June 2016, of the mandate of the United Nations Multidimensional Integrated Stabilization Mission in Mali (MINUSMA), said Wednesday the spokesman of the Ministry of Foreign Affairs, Abdelaziz Benali Cherif.

“We welcome the adoption, by the Security Council, of the resolution 2227 (2015) extending until 30 June 2016, the mandate of the United Nations Multidimensional Integrated Stabilization Mission in Mali (MINUSMA),” Benali Cherif told APS in a statement.

“This decision reflects the willingness of the whole community to continue ensuring its support to the stabilization efforts in Mali and the enforcement of the peace and reconciliation agreement,” he underlined.

“As a leader of the mediation and president of the follow-up committee, Algeria, which fully invested, with the rest of the involved actors to carry out the peace negotiations engaged as part of the Algiers process, can only welcome the support given by the international community to the efforts for the return of stability and peace in Mali and the ongoing ones for the implementation of the arrangements of peace and reconciliation agreement,” he said.

The Security Council adopted, on Monday, by the unanimity of its members, a one-year extension resolution of the MINUSMA mandate.