You are here: Home / Mediterranean / Algeria seeks a political solution in Syria, Yemen and Libya 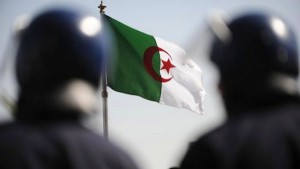 Algeria is committed to supporting the Palestinian cause and a solution that is based on political dialogue and national consensus to resolve the crises in Syria, Libya and Yemen, an official revealed yesterday.

Algeria Press Service said, in a report published yesterday, that the Minister of Maghreb Affairs, African Union and League of Arab States, Abdelkader Messahel, will call for joint Arab action during the Arab League Ministerial Council.

The session’s agenda includes a number of current political issues, especially an update on the Palestinian issue and the latest developments in a number of Arab countries, such as Syria, Libya, Yemen, the fight against terrorism and freeing the Middle East from weapons of mass destruction.

The council will be briefed on “the outcomes of the committee in charge of reforming and developing the Arab League. Additionally, a special session will be held, during which the UN special envoy to Syria, Staffan de Mistura, will present the developments in the countries.”.