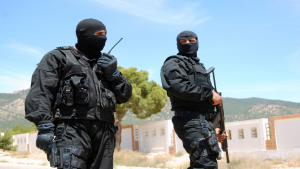 Algerian Foreign Minister Abdelkader Messahel reiterated Algeria’s willingness to share its experience in the fight against extremism and terrorism, like reported by xinhuanet.com.

Messahel made the remarks at the opening of the third regional conversations for the prevention of violent extremism in the capital Algiers.

He noted that the event aims to exchange good practices and share experience in which Algeria is committed at different levels.

Messahel said the ultimate goal of such initiatives is to mobilize the collective effort of different countries and strengthen their capacities to fight this borderless threat.

He said the spread of radicalization and violent extremism in some parts of Africa is facilitated by the combination of social networks and the financial vulnerability of young people.

Some 60 participants from the Sahel-Saharan region are taking part in these conversations. The previous two conversations took place in Senegal’s Dakar in 2016 and in Chad’s N’Djamena in 2017.