You are here: Home / Mediterranean / Algeria says 102 extremists ‘neutralized’ so far this year 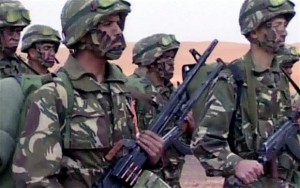 Algeria’s Defense Ministry says that 102 extremists have been killed, arrested or have turned themselves in during the first half of the year.

In a summary of action against terrorism, the official APS news agency quoted the ministry Tuesday as saying that large quantities of arms and munitions were seized.

Most of the terrorists, 66, were neutralized on the outskirts of the capital, Algiers, and the Kabylie region to the east, the zone where al-Qaida’s North African wing is headquartered. Another 17 were neutralized south of Algiers in the Sahara region, APS quoted the ministry as saying.

It didn’t specify how many of the 102 were killed.

Algeria was brought to its knees in the 1990s by Islamist extremists with an estimated 200,000 people killed in the chaos.