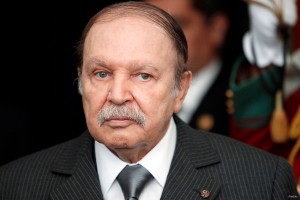 Algerian President Abdelaziz Bouteflika has told the US, Russia, China and European countries that his country rejects any threats to the national unity of Libya, Anadolu news agency has reported.

Citing a diplomatic source who works at the Algerian foreign ministry, Anadolu said that Bouteflika’s communication followed the receipt of high level information about a proposal to divide Libya on a federal or confederal basis. “Algeria is making an effort to convince the world’s major countries to reject the proposal and preserve Libya’s political unity,” claimed the anonymous source. He added that Algeria has told other Arab states of the proposal and Bouteflika’s response.

A specialist in international relations at the University of Oran, Dr Rajaa Jathri, told Anadolu, “Algeria has a solid foreign policy to maintain the borders inherited from the colonial period and preserve the territorial integrity of neighbouring countries.” Jathri believes that this policy stems from the idea that any division of neighbouring countries could have repercussions on the political and security situation in Algeria.

In 2012, Algeria rejected the separation of the Azawad territory from Mali and managed, in cooperation with other African countries and France, to reunite the short-lived unrecognised state with Mali by hosting rounds of dialogue for several months.