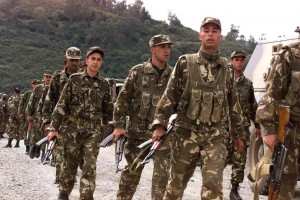 Minister of State, Minister of Foreign Affairs and International Cooperation, Ramtane Lamamra said in Kuwait City that Algeria is a “leading” country in the bilateral and multilateral cooperation in counterterrorism.

“Algeria is a leading country in the bilateral and multilateral cooperation in countering terrorism. It provided assistance in the bilateral level and it can still contribute in the framework of a joint Islamic action,” Lamamra told the Algerian press shortly before the closing session of the 42nd meeting of the Organisation of Islamic Cooperation (OIC) Foreign Ministers Council.

Countries having experience and a master in this matter must build a relationship of trust with those who can make a great contribution, he said.

Lamamra added that the willingness of Muslim countries to establish an effective strategy “is increasingly noticeable” because terrorism “is a threat to all, and the solution to this phenomenon cannot be made by a single state.”

Referring to the mechanisms likely to materialize this cooperation between Muslim countries, the Minister mentioned the conferences to be hosted in Algeria this year, in addition to meetings scheduled in other countries. ”

In addition to the security and military aspects he dubbed important in the fight against terrorism, citing the recent achievements of the National Popular Army (ANP), the Minister recalled the efforts of the Ministry of Religious Affairs to disseminate a moderate discourse and the Education program based enshrining values of tolerance and respect for human life.

He added that Algeria is putting its experience at the service of brotherly countries.