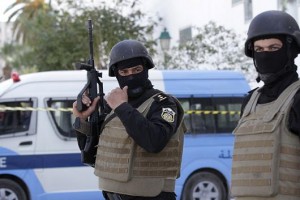 Algeria, Egypt and Tunisia have agreed to step up security measures along their borders with Libya and to support the Libyan army in its fight against the Islamic State (ISIS), an Algerian security source said yesterday.

The source, who spoke on condition of anonymity, told the Anadolu Agency: “Military leaders from Egypt, Algeria and Tunisia have agreed, during meetings held on Thursday and Friday in Cairo, to support the Libyan army’s troops and provide them with equipment, ammunition and intelligence in order to combat militants loyal to ISIS.”

“The leaders have signed an agreement to tighten security measures along the border with Libya, in order to prevent the arrival of jihadi fighters to areas controlled by ISIS, through tighter border controls between the three countries,” he said.

“The military leaders who participated in the meeting held direct consultations with their governments during the talks,” he added.

The meetings came after security reports revealed the increasing power of military groups loyal to ISIS in Libya.