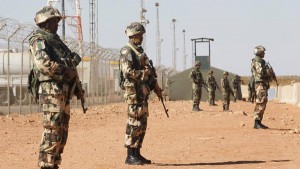 Algerian troops have killed some armed Islamists in an ambush in Tizi Ouzou province, east of the capital, the Defense Ministry said Tuesday.

They recovered a Kalashnikov assault rifle, a pistol and ammunition in the operation, which occurred Monday in the municipality of Azzeffoun, the ministry said on its website.

Islamist-linked violence rocked Algeria in the 1990s but has since waned, although armed groups remain active in central and eastern Algeria where they mount attacks on security forces.

The army says it has now killed 61 armed Islamists this year, after more than 100 were killed in 2014.