You are here: Home / Africa / Alert in Ghana over ISIS terrorist group recruitment 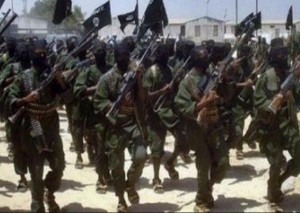 An alert has been called in Ghana over ISIS recruiting youths, reported Global Risk Insights.

It said youngsters in the majority Muslim population in the north could be recruited because of the unstable conditions in north-east Nigeria, on the border with Chad and Niger, caused by the Islamic extremist Boko Haram group.

Unemployment remains high in Ghana, especially among the young, although it is one of the most stable nations in Africa and has a fast-growing economy.
The study says potential recruits are enticed by Islamic State’s promise of a “lavish lifestyle in Syria and Iraq” and better living conditions for family left behind.

They quote the example of Mohammed Nazir Nortei Alema, 25, a Geography undergraduate in the prestigious Kwame Nkrumah University, who left Ghana to embrace the cause of ISIS.