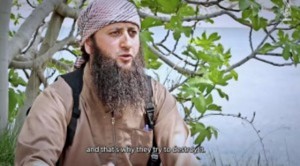 An Albanian Muslim cleric, who is on trial in absentia on terrorism charges for allegedly joining the Islamic State group in Syria, has been killed, according to his brother.

Albanian private television station News 24 on Monday quoted Genci Daci as saying his brother Almir Daci had been killed in Syria. Genci Daci said he got the news in a phone call from Almir Daci’s wife. It wasn’t immediately clear how he was killed.

The 32-year-old Almir Daci, a former imam in the village of Leshnice, 120 kilometers (75 miles) east of the capital, Tirana, left Albania in 2013. He took his wife and two children with him.

Scores of Albanians are believed to have joined Islamic extremist groups in Syria and Iraq. Police said they couldn’t confirm Daci’s death.