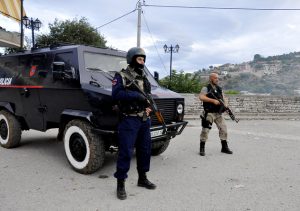 Albanian police say they have increased security measures over the Easter holidays, like reported by ap.org.

A statement Friday said that an increased police presence would be seen in churches and other religious places, in the streets and the border crossing points “to prevent criminal events … and events of terrorist character.”

It is not clear why security has been increased or if there has been any warning.

On its website it writes that “terrorists in the region have previously sought to attack soft targets, to include churches and other places of worship, pedestrian malls, sports arenas, concert halls, and public gatherings.”

Albania, with a Muslim-dominated population, has successfully fought rare cases of terror attempts.