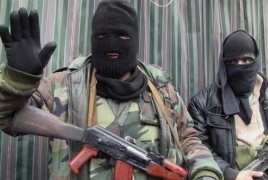 Security officials from the western Balkans and several European Union countries are meeting in Albania as part of a U.S. government initiative to fight European recruitment by violent Islamic groups to fight in Iraq and Syria, the Associated Press reports.

U.S. Under Secretary of State for Civilian Security, Democracy and Human Rights Sarah Sewall attended the two-day conference in the Albanian capital Tirana and urged countries in the region to improve cooperation against recruitment and draw up national strategies to combat the problem.

Hundreds of fighters from Albania and Western Balkan countries, which face economic and employment challenges, have joined terrorist rebels in Syria and Iraq in the past three years.