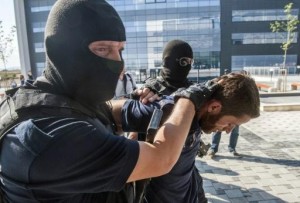 Albanian police say they have arrested an ethnic Albanian from neighboring Kosovo who was wanted for allegedly fighting with terror groups in Syria, ABC News reported.

A police statement Thursday said 30-year-old Enos Begolli, a Kosovo citizen and resident of Mitrovica, was arrested by Albanian anti-terror forces and handed over to Kosovo police.

The statement says Begolli had been wanted in Kosovo, where he was sentenced to a 4-year jail term for being a fighter for an Islamic terror group in Syria.

A few hundred Albanians from the two neighboring Balkan countries are believed to have joined Islamic extremist groups and still are active with the groups in Syria and Iraq.